What you need to know about electric bikes and the law

When does an e-bike cease to be an e-bike?

In the United Kingdom, e-bikes are categorized as regular non-assisted bicycles; however, if they could provide electrical assistance whilst also travelling at more than 25kph (15.5mph), have a motor that produces more than 250 Watts of power, or motor assistance can be provided without the bike’s pedals being in motion, they will be defined as a moped or motorcycle. Those kinds of powered two-wheelers are policed by a separate set of laws.

But, since it is classified as a bicycle, I would not need a driver’s license?

That is correct, if your electric bike conforms with the regulations listed above. You may cycle on roads, bike paths, and other zones where bicycles are permitted under British law. You would not need to register the bike, or have insurance or wear a helmet, as you would with a motor vehicle, such as mopeds and motor bikes.

Furthermore, to ride an e-bike on public roads in the United Kingdom, legally you must be at least 14 years old. However, anyone under the age of fourteen can ride an e-bike off-road. In the UK, the age requirement to ride a moped is sixteen years old, but this has been reduced to fourteen years for electric bikes due to its lower levels of power.

What if my e-bike does not conform to the regulations?

If you do want to cycle it on a public highway, you must first register the e-bike with the DVLA, as well as have a valid driver’s license, insurance, and wear a helmet as you would on a motorcycle or moped.

Is any e-bike which does not comply with the regulations now illegal?

It is not illegal to own an e-bike with a power output greater than 250 Watts or whose electronic power assistance does not break off at 25kph. It is, however, illegal to ride it on a public highway as you would a standard bike (without it being registered and insured like a moped) – it does include both roads and off-road rights of way including bridleways and byways. Non-compliant e-bikes can only be ridden on privately owned land in which the public does not have access, with the approval of the landowner.

How easy is it to tell if an e-bike is in violation of the rules?

In practice, the majority of the new e-bikes in the UK are designed for the European market and thus meet European standards; look for the CE conformity mark to verify the bike has passed the necessary tests. The shape and size of the bike do not reveal all of the specifications of the bike, but Construction and Use regulations define the legal safety requirements for bikes, the most significant of which for electric bikes is that they’d be: fitted with a sticker or plate displaying the manufacturer’s name, and the output power must default to the off-setting so that there is no power assistance without pedaling.

Is cycling an e-biking safer than cycling a conventional bike?

There simply is not enough statistical information to prove because Department of Transport (DfT) accident statistics encompass all cycles, not just e-bikes, however the dangers to all types of cyclists to themselves and other drivers on the road are low. According to police reports sent to the DfT that do not assign blame, on GB roads on average each year:

Cycles are less likely than any other type of vehicle to be involved in collisions that result in the death of a pedestrian per billion vehicle miles (BVM) travelled on urban roads, where cyclists and pedestrians frequently mix densely. Heavy vehicles, such as HGVs and buses or coaches, pose the greatest threat statistically.

Is it necessary for e-bike riders to pay Vehicle Excise Duty?

While e-bikes are not subject to VED (sometimes incorrectly referred to as “road Tax”), the majority of people do pay for the roads they are using in some way or another. Through either income or council taxes, or through vehicle excise duty (VED) imposed on car ownership (More than eight out of ten cyclists also drive). If the law required cyclists to pay VED, you could not be charged because the amount paid is based on fuel type and CO2 emissions, both of which do not apply to a bike.

Who will be the biggest benefactors from riding an e-bike?

Anyone can benefit from that little bit of extra assistance, but if you live at the base of a steep incline, you will discover that an e-bike continues to keep the ride from becoming too challenging before you have even started. Elderly individuals with physical issues, including those suffering from chronic or recurring illness or injury, may find that this method of transport allows them to continue riding habits that they would otherwise have had to abandon.

Are e-bikes safe for bicyclists?

A study conducted in Holland, where e-bikes are popular, revealed that e-bike users were no more likely than traditional pedal cycle users to be involved in a collision that necessitated admission to an emergency room, regardless of the distance travelled.

Take a look at what we have to offer our range of Blaupunkt E-bikes are a fantastic choice wit the added benefit of being a foldable E-Bike making them super easy to store at the end of your commute, they even fit snugly under a desk. 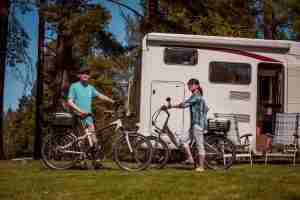 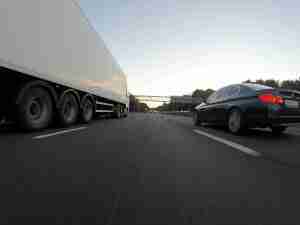 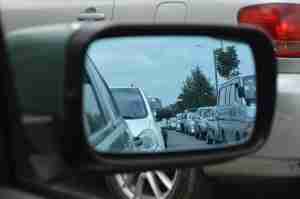 PrevPreviousWhat exactly is DVS? When will it go into effect?
NextCaravans & E-BikesNext
Menu